I read this book because  I wanted guidance on how to live a more spontaneous and care free life. My usual life is heavily ruled by routine and the ticking of the clock, and I am very cerebral in the making of decisions; that is to say, I spend a lot of time deliberating and pondering over what I should do, or I procrastinate and anxiously waver over beginning potential tasks, not sure if I am making the right decision among the bewildering away of choices.

The phrase Carpe Diem (Carpe for ‘seize’, or to ‘pluck’ or ‘harvest’, depending on translation, and ‘Diem’ for day) was coined by the Roman poet Horace over 2,000 years ago.  The implication is that we should make the most of the finite time we have on this planet and ”gather ye rosebuds while ye may” (to borrow from the 17th century poet Robert Herrick).  However, ”seizing the day” on a continual basis would be too exhausting and overwhelming, which is one of the reasons why procrastination can be so tempting because making decisions and acting on them can be hard work.  The book refers to the poet   T.S.Eliot, who wrote in his Four Quartets, that the ”human mind cannot bear very much reality”. We therefore try and shield ourselves from passionate, full frontal living by watching TV, reading books, or living vicariously through the lives of others instead of experiencing life first hand, for ourselves.

One of the ways in which we can become more spontaneous and passionate about life is through a heightened awareness of death and the transience of human existence.  For example,  Krznaric quotes the writer and poet Ronald Duncan, who was a ”man of action”, and wrote, ”I could see a skull beneath every bowler hat”. 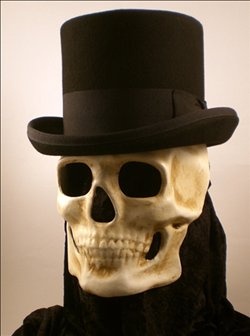 Western society provides us with many distractions that help to immunise us from dwelling on our own mortality, but this can mean that we are less likely to ‘seize the day’ and live authentically, as free agents.  Instead we live in the ”never never”, cushioned by our usual habits and constraints, perhaps thinking we will work things out someday, but it’s not urgent and, after all, we have plenty of time; life can seem protected, fixed and certain, free to squander in the fairy tale island that we create for ourselves. Death offers us a harsh reminder that this world is a fantasy and will not last forever!. For, as the English teacher in the film  Dead Poet’s Society says  to his pupils, ”we are food  for worms, lads”.  He then takes his class to look at photos of former students and says ”did they wait until it was too late to make from their lives even one iota of what they were capable?…these boys are now fertilizing daffodils. But if you listen real close, you can hear them whisper their legacy to you…seize the day…make your lives extraordinary”.

People who have had near misses with death sometimes experience what Krznaric calls ”post traumatic growth”, which makes them live a bit like Maude in the 1971 film Harold and Maude. Maude is a ”free spirited” 79 year old who says that she is ”always looking for the new experience. Try something new each day. After all, we’re given life to find it out. It doesn’t last forever”. Harold, by contrast, is very introverted and sullen, but he finds his extroverted alter ego in Maude, and ultimately ends up singing Maude’s favourite song, Cat Steven’s ”if you want to sing out sing out”. Harold ends up transformed by Maude, and begins to live passionately and freely. It is made apparent at the end of the film, through a tattoo on Maude’s arm, that she survived the Holocaust, and it was her brush with death that violently woke her up to life’s infinite possibilities. I have experienced some ”post traumatic growth” after my mum dies of lung cancer in 2016. Since her death I have been motivated to work extra hard on overcoming my OCD and phobias. For example, a couple of months after her death I traveled to London, which was one of my biggest fears. I had a strong sense that I must live while I can, and I reassessed my priorities.

I like the way in which Krznaric  tempers his ”seize the day” philosophy with a strong ethical social consciousness. If we were to take a short term interpretation of the Carpe Diem motto, then we might live with no regard for other people, let alone future generations, as we would live solely for ourselves, seeking instant, hedonistic gratification. It might be better to take a more long term view, and so instead of ”living each day as if it were your last”, we might live each decade as if it were our last, which might motivate us to pursue meaningful and ethical projects. For example, there is a moral imperative to try and leave the planet in a better state for future generations, which means that we should be mindful of our carbon footprint.

Krznaric refers to Nietzsche’s famous thought experiment of the Eternal Recurrence, as a useful framework for living a meaningful and authentic life.  Nietzsche asks us to imagine that we had to live  our lives over and over again, or as he put it, ”this life, as you live it at present, and have lived it, you must live it once more, and also innumerable times, and there will be nothing new in it, but every pain and every joy…must come to you again”. The question we must ask ourselves, is could we endure this scenario? If the answer is yes, then we are already living meaningfully, but if the answer is no, then we should try and introduce some changes into our lives.

One concept that really resonated with me in the book is the idea that ”we are constantly dying from the moment we are born” . For example, we were once a baby but our baby self has died and will never return. This suggests that the idea of a permanent self is an illusion. Am I really the same person that I was when I was 8 years old? And if not, would it make sense to blame myself for something bad I might have done at school when arguably that self is long dead? This interpretation of the self is radical as it suggests that we are free to invent and re-invent ourselves over and over, as best epitomised by  David Bowie and his alter ego Ziggy Stardust.  This notion of role play or the idea that life is a drama has a long pedigree. As the bard William Shakespeare  put it ,  ”all the world’s a stage” on which each of us ”plays his part”. The very word ”person” comes from the Latin for ”persona” or an ”actor’s mask”. Yet most of our role playing behaviour is heavily conditioned by society, and is not freely chosen. For example, we might play the role of the ”dutiful daughter” or act in ways expected of our gender and age, and many autistic people feel the need to mask their autism, which can be exhausting and result in burn out.   But we can reclaim our freedom and authenticity by consciously playing around with roles, in the full knowledge that we can discard the role at any time and take up a new role or identity.

Krznaric refers to the Philosopher Victor Frankl, who survived the Nazi concentration camps and later formulated a philosophy on how to live a meaningful life.  Rather than simply focusing on the present, which is the hallmark of the modern mindfulness movement, we should keep in mind future goals and objectives, as these give our lives narrative and meaning. This makes a lot of sense to me, although this might be more a reflection of the fact that I do not know how to meditate, and have not found mindfulness very helpful.  Frankl argues that in the death camps, inmates who were dedicated to a cause were more likely to survive because their self-created meaning allowed them ”to retreat from their terrible surroundings to a life of inner riches and spiritual freedom”. The lesson that Frankl advocates is that we can’t always change our circumstances, but we do have the power to choose our inner attitude towards our suffering or adversity, and this is very empowering; the way I think about this is that, in life, we are given a set of crayons that we have not chosen, but what picture we draw will be shaped by our own decisions, and this is how we create our own life picture or story.   Frankl also argues that we need challenge and anxiety because we need a degree of tension or struggle in order to make progress from our current state to what we want to achieve in the future, and this is what gives our lives meaning.  If our lives were constantly calm and conflict free, we would have nothing to struggle for, and we would likely feel empty and devoid of purpose.

As mentioned, Krznaric does not think that mindfulness is the only way of accessing a Carpe Diem mentality. If mindfulness and meditation are not for you, you could also try and embrace your inner exuberance. Maria, the heroine of the classic film The Sound of Music, epitomizes this lust for life. In the opening scene she whirls around the mountain top, singing that ”the hills are alive with the sound of music”. Maria is incredibly energetic and enthusiastic, and is seized by her joy, despite the fact that she ends up being late for mass. I can relate to Maria’s exuberance because I have a strong dose of this personality trait myself, although over the years it has been heavily repressed as a result of censure from other people.  It is very apt that the word ‘enthusiasm’ comes from the Greek ‘entheos’, which means having a God within. If you are self driven, you will rarely get bored, and will be living high on the elixir of life. As someone who tends to think first and then act, because of my very cautious and risk averse temperament, I have taken time to ponder Krznaric’s advice that it can be good to ”act first, and think later”. By living in this way, at least from time to time, we can live more experimentally by letting experience itself provide us with a lesson on the nature of reality, and not getting  demoralised by the inevitable mistakes, because they provide us with the challenge and struggle that we need to give our lives meaning.